Back to all jobs 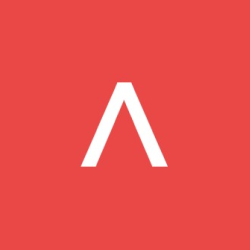 We believe anyone with the right grit, spike, drive, and ambition can change the world. Antler is present in most major startup ecosystems across five continents, including in hubs such as New York, London, Berlin, Bangalore, Singapore and Sydney. Since launching in 2017, we have invested in over 300 companies across the world, and our portfolio represents over 30 different industries, such as healthtech, proptech, deeptech and fintech.

The aspiration for Antler is to be the world’s leading early-stage VC, and a value-adding partner for exceptional founders from pre-idea to IPO.

Antler is looking for Brazil’s brightest to lead our Brazilian Office based out of São Paulo. Antler’s vision is to set a new standard globally for how a VC firm can enable entrepreneurs to build businesses: connecting founders across the world and enabling data-driven investment decisions.

Antler sees São Paulo as a location where we can have an extraordinary impact on the ecosystem.

This role will enable you to build from scratch what we believe will be the most international early-stage VC fund in the Brazilian ecosystem. It is an enormous challenge that will include interactions at the highest level with all the players in the Brazilian tech scene and some of the most talented entrepreneurs.

In a few years, we believe Antler will be known as the birthplace of the most cutting edge companies in Brazil and Latin America. Every year, hundreds of companies are founded within Antler globally. The depth of knowledge from the growth of these will allow you to influence the future of technology at a local and global scale.

Apply now
👉 Don't forget to mention Startup & VC in your application!
Right into your inbox
New VC jobs - every week!
Thank you for subscribing! You will get a OPT-IN email in the next minute, that you have to confirm to get our mails!
Oops! Something went wrong while submitting the form.
By signing up you agree to our Terms & Conditions
Used by students from 👇  and many more